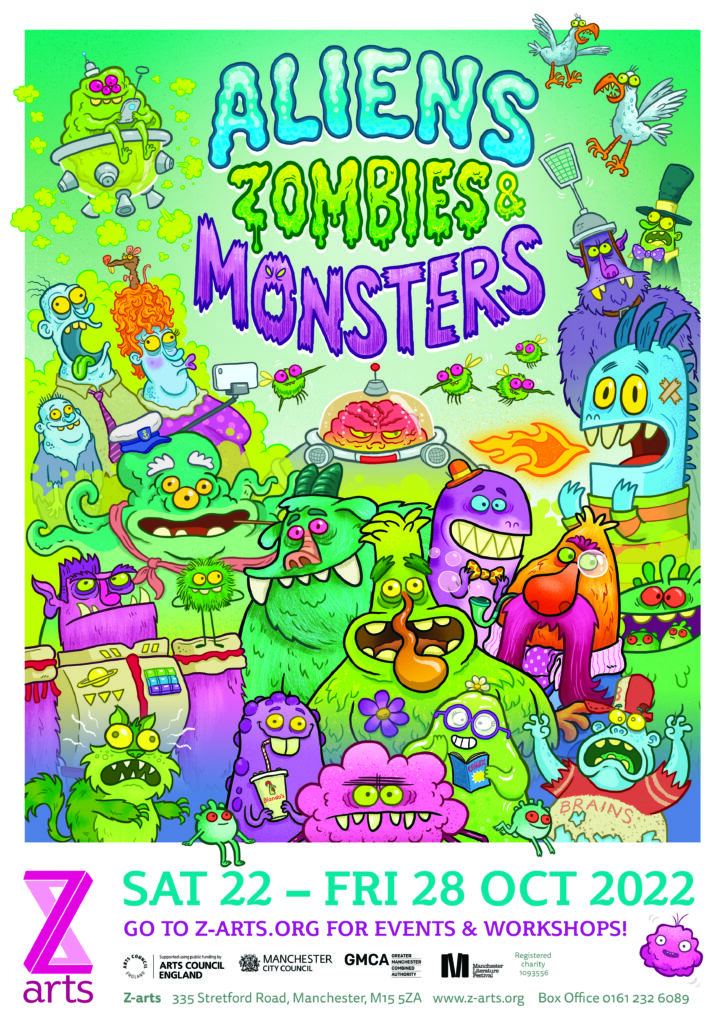 Aaron Blecha is an artist who designs funny characters and illustrates humorous children’s books. He has illustrated dozens of books and graphic novels including the Dinomighty graphic novel series (HarperCollins), Zombiekins (Penguin) and the Shark School series (Simon & Schuster). He has authored /illustrated the picture book, Goodnight, Grizzle Grump! (HarperCollins) and the sequel, Good Morning Grizzle Grump! Aaron has also worked as a character designer in TV development (Disney, Curious Pictures), and as an animator / director on cartoons and games for Cartoon Network. He was born and raised in Wisconsin, USA and now lives with his family in Hove, UK. Blecha travels around to galleries, museums and schools heading up drawing workshops for kids of all ages. The workshops revolve around building characters up with simple shapes and then telling stories through their own character’s design as well as important ideas like “it’s ok to make mistakes” and “every person has their own way of looking at the world”.

👉This October half-term you can see Aaron’s wonderful creations at Aliens Zombies and Monsters. Z-arts will be filled with life-sized aliens, zombies and monsters that are ready to mingle with visitors of all ages. Beam aboard an alien spaceship, take a photo amongst the monster mayhem or be part of a zombie family. Tickets are only £1 so why not reserve you place today! You can do that here 👽

You could even practice before the workshops by taking a peek at Aaron’s YouTube channel. There you will find How to Draw Character Tutorials for Kids & Beginners and Illustration, Cartoon & Comic Tips & Tricks! Find out how to draw a BEACH ZOMBIE below 👇