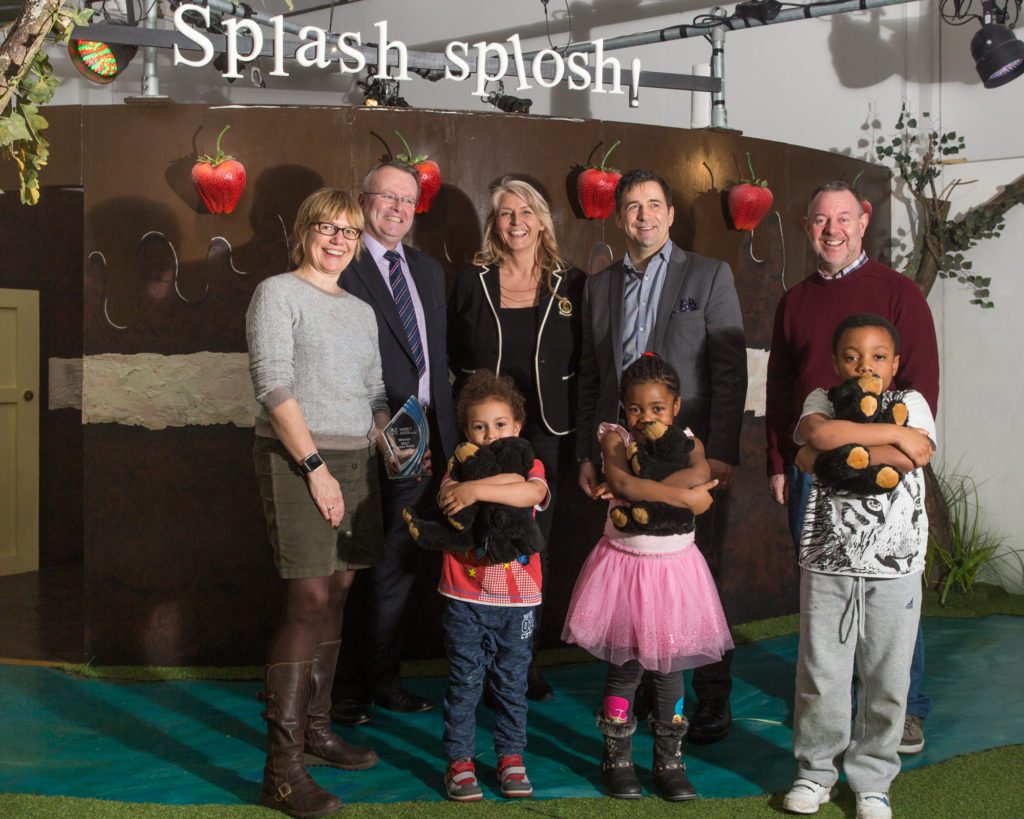 Z-arts based in Hulme, Manchester has won the prestigious Lever Prize 2017.  Z-arts is Manchester’s leading venue for children and families covering all art forms and creative activities.  The Lever Prize is now entering its twelfth year and is judged by a panel of representatives from the North West Business Leadership Team (NWBLT).  Along with a trophy the winner receives £10,000 cash and the opportunity of collaborating with some of the region’s most influential business leaders.  The Lever Prize is an annual award given to arts organisations in North West England who are judged to be regionally distinctive with international or potentially international significance, and who show a high calibre of existing work and can demonstrate exciting future developments.

The judges awarded the Prize to Z-arts for a brand-new project – MY PLANET – which is a creative arts project aimed at increasing attainment and aspiration for primary aged children living in poverty in Hulme and Moss Side with applied learning that can be used across the region and nationally.  Liz O’Neill, chief executive at Z-arts, commented “We are delighted to have won the 2017 Lever Prize. This award, combined with our recent announcement that we have been awarded Arts Council England Catalyst Evolve funding will make for a very exciting 2017 for Z-arts, helping us build our networks with the corporate sector.  The dual strength of both of these awards signifies a significant step-change for Z-arts.  Winning the Lever Prize gives us a brilliant opportunity to reach more of Manchester’s children and families to inspire them to use creative learning to maximise their potential. The award will enable us to develop MY PLANET, a transforming event in a child’s life using the magic that only an arts project can provide. We’ll stimulate a child’s desire to learn across the curriculum through arts, creativity and culture and over 12 months children will be given the chance to explore immersive experiences, cutting edge technology and engaging theatre to help create their new world.”

As a practical example of how the vision for this project will be delivered, Alstom Transport who are members of the NWBLT, have already agreed to host a visit of Year 4 pupils (aged 8 and 9) from Webster Primary School in Hulme.  The Alstom site is where they refurbish trains and includes a giant train wash, similar to an automatic car wash, which is fascinating to watch.  The aim is to inspire the children to think about their future and bring to life some of the lessons that they will be learning through the MY PLANET programme.    Mike Hulme, managing director, Trains and Modernisation, Alstom UK & Ireland, and member of the NWBLT, said “Congratulations to Z-arts for a deserved win of the Lever prize 2017. The My Planet project aims to inspire children in under-privileged areas and help them build a better future for their communities. We are proud to support this initiative and will be welcoming a local primary school to Alstom’s Longsight depot in Manchester soon. Hopefully our innovative and exciting technologies there like our laser powered TrainScanner will inspire a whole new generation.”

The North West Business Leadership Team (NWBLT) is an independent group of influential business leaders, who work together to promote the long-term well-being of North West England.  NWBLT’s mission is to make the North West the UK’s most attractive region in which to live and work for generations to come.   As the principal North West voice for senior business leaders, NWBLT addresses key strategic issues affecting the well-being of the region as a whole – for example Skills, Transport and Science and Innovation.  NWBLT also sponsors and administers the annual Lever Prize to stimulate collaboration between the North West’s cultural and business communities with support from Arts and Business.