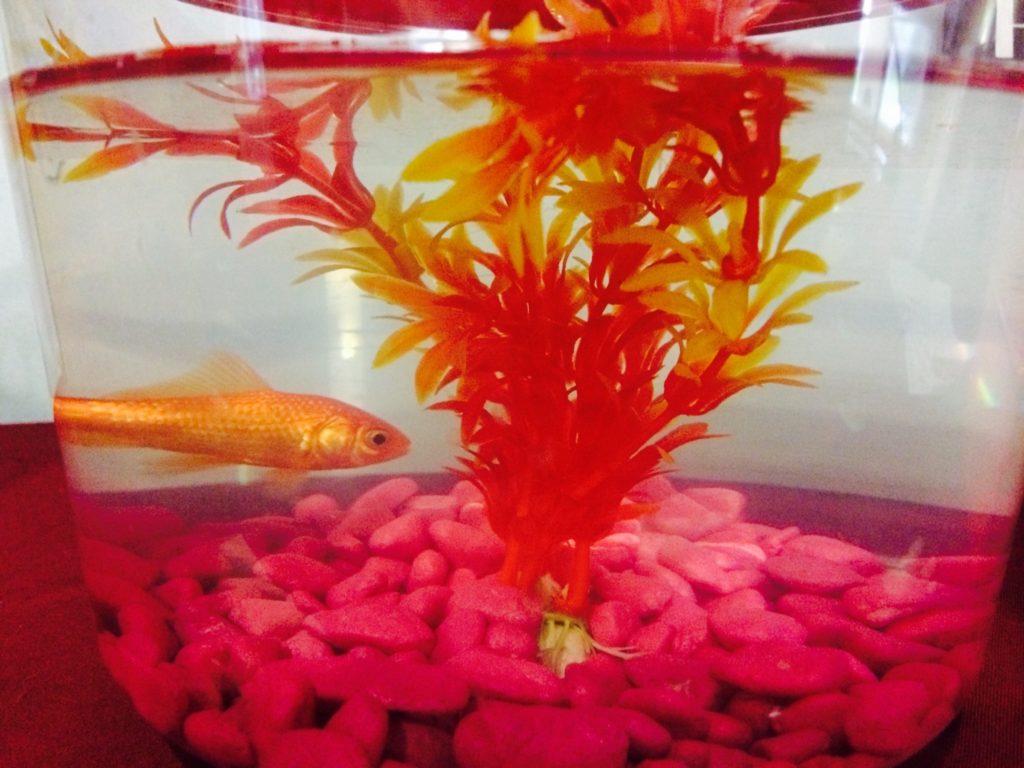 The competition to name the Goldfish which arrived at Z-arts has reached a slippery end!!

The competition which sparked enormius daebate across Facebook, Twitter and across Hulme was won by Lila Mossabir.

The winning name, Ponyo is Japanese for Fish. The Big Imaginations show came to Z-arts on the 1st February 2015 to an impressive audience. Dommy B’s show went down a storm, not least by its biggest fan – Ponyo.

Commenting on the recent performance, Ponyo was heard to say:

“I was completely mesmerised by the show but when the trolls came in I was really scared & kept jumping out of my seat, I’m glad Nikki was there to protect me”

Well done Lila on the great name, we hope you enjoyed the show.