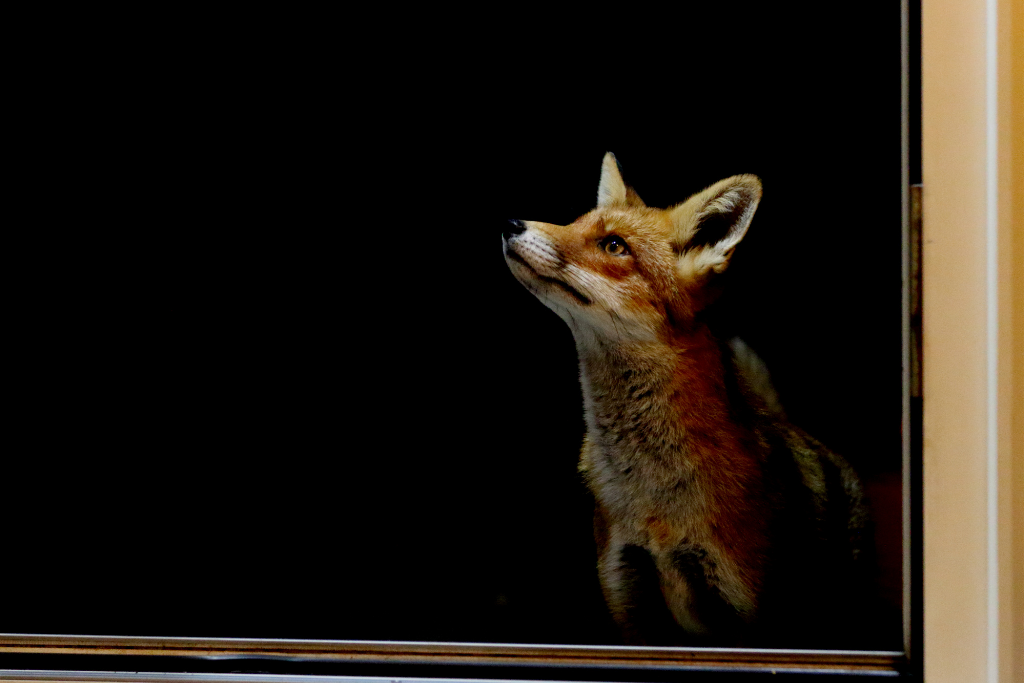 The award-winning Travelling Light presents Vixen, an original story by Matt Grinter about a young girl who is turning into a fox.

A young theatre director who is bringing a thought-provoking children’s show to Manchester says there are not enough working class heroines on the stage.

Maisie Newman, director of Vixen, which is coming to Z-arts on Saturday 14 May, says it is vital that children see themselves represented in the theatre.

The first in her family to attend university, Maisie says she knew she always wanted to create, but didn’t really know what theatre was as a child, being more familiar with films and TV.

Now Maisie is delighted to have played an important role in a new show that puts a young, working class heroine centre stage.

In Vixen, which is produced by the award winning Travelling Light Theatre Company, Saffi, 11-years-old and totally fed up, lives on an estate with her dad.

When she is scratched by a fox in next door’s garden, she starts to reevaluate her life, her community and her friendships and begins to find beauty and connection in unexpected places

Maisie says she identifies with much of Saffi’s experience and hopes young audience members will too.

She said: “There are definitely not enough working class heroines in theatre.

“I think we’re starting to see more working class stories, but very little of those stories centres around the women and girls in those communities.

“When I first read Vixen, which is expertly written by Matt Grinter, I remember being completely overwhelmed and enthralled by it – not just because it’s such a brilliant story but it was also the first time that I had come across a play for young people which centres on a young girl from this community. It is incredibly rare to see that, especially in children’s theatre.

“Suddenly here is someone that a younger me could connect to, and if that was the case then it would be hopefully for lots of young girls coming to see it.” Newman describes heroine Saffi as ‘a bit of an outsider’, saying: “Saffi’s ashamed and tired of where she lives, describing it as dull and grey and boring.

“Her mum has left the family home and her dad works all the time and so she spends a lot of her time outside exploring, but doesn’t think there’s much to find.

Newman says her background influences the kinds of productions she likes to work on and that much of her work is “political or related to social justice in some way.”

“The theatre industry in England is very middle class and a lot of the people I know and work with are from a very different background to me,” she says.

“It’s a huge privilege that I’m able to work in the industry having come from where I came from and so it’s important to me that the work I make reflects stories that represent the communities I am connected to.”

Zoe Pickering, head of programming, Z-arts, said: “It is really important to us as a young people’s theatre that our programming is relevant to our local communities.

“Vixen is an outstanding example of a piece of young people’s theatre that explores working class lives and issues. It is also a very uplifting story and one that can be enjoyed by many.” Hear what the audiences have to say!

@AliceLamb_ Lola came home and watched a documentary on foxes after watching #vixen this morning 🥰 She was so fascinated! (So was I obvs) you were brilliaaaaaaaant @BristolOldVic We love you 🦊

Just took Joseph to see Vixen written by Matt Grinter & produced by @tl_theatre @BristolOldVic – absolutely gorgeous, heartfelt storytelling bursting with integrity and truth. Go see it. And shout out to @AliceLamb_ who is consistently lush & holds us right there with her.

Thanks @tl_theatre for a story full to the brim with warmth, creativity and heart #TLVixen https://t.co/hjB2rz6dXO

Thanks to everyone who came to see Vixen at @BristolOldVic last week – & for all the wonderful feedback the show received.

We’re loving this selection…
“We think it was AMAZING”
“I liked the part about the chocolate hobnobs.”