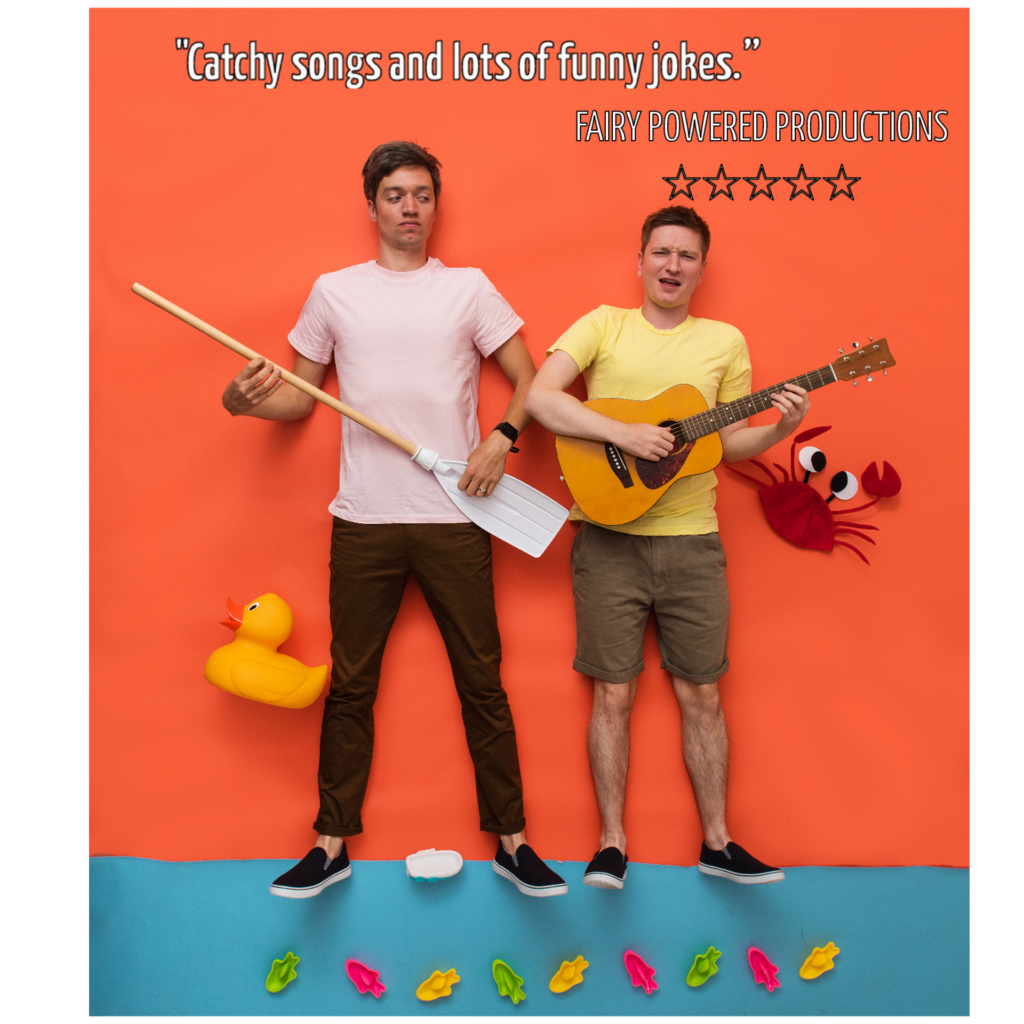 We’re super excited for Mole & Gecko: The Show! to come to Z-arts and thought it was about time we got to know the pun-derful brains behind the show. Here’s an interview with Simon Mole and Gecko!

Gecko is a Singer, Storyteller and Musician, based in North West London. Simon Mole is a Poet, Emcee, and Theatre-maker, based in Maidenhead.

Tell us more about this new show!

Gecko: Mole & Gecko: The Show is an adventure story down a river that the audience help us create. This is the first material I’ve done specifically aimed at kids and families and I’ve found it such an exciting challenge, especially working out what is funny. Simon is much more experienced working with younger people so I’ve learnt loads from him.

Mole: We perform the piece together too. At one point, I get to do a double time rap as a gangster weasel who sells bourbon biscuits, which is definitely a long-term life goal ticked off.

How has the devising process worked for this show?

Mole: Writing with Gecko has been so much fun. It has really reminded me how much I love making music with other people. I used to be the rapper in a ten-piece live band, so it’s been a case of dusting off the cobwebs and getting in the booth to record again!

Gecko: We are both word play fiends so typically it’s been pun-demonium. As a singer/songwriter most of my work is as a Lone Ranger so it’s been especially refreshing to work on a collaborative piece with Simon and our director Peader. If your brain is a web of potential ideas, new brains make different connections possible.

Do you have a favourite scene or line in the show?

Gecko: My Gecko character is adventurous and maybe a little reckless but over the course of the show from Mole he learns Mole-fullness which as a play on words makes me extremely happy.

Mole: I very much enjoy playing the evil weasel with a biscuit problem, especially since I’ve been wearing the costume that the brilliant Amanda Mascarenhas made for us. Off the top of my head, a favourite is when I’m trying to encourage Gecko to find a big cow poo and poke it with a stick.

What would you say is the main take-home message of the show?

Mole: Good friendships help people (or animals!) to grow and change, but also allow them to be accepted for who they truly are.

Gecko: You can’t just focus on your little section of the river because it’s all connected.

Mole: And we want children (and grown-ups) to go home knowing that poetry can be fun – it’s not just something you do because you have to at school, it’s around us every day in songs, books, comics, and the funny anecdotes we tell each other. Hopefully people will realise we all have a poet inside us, and that bringing that side of us out to play is good fun!

The show features plenty of audience interaction. Without revealing any spoilers, what kind of thing are you hoping they will join in with?

Mole: If you come to the show, to begin with you might only be contributing the odd word or two when Gecko and I need a bit of help, but before long you’ll be creating entire songs and deciding what our characters should do at the key moments which determine the final outcome of the show.

Mole: Big fan of the Thames, having lived near it for years in both London and now Maidenhead.

Gecko: I never get tired of the Thames but there’s a little river next to where my grandparents live in Norfolk called the Taz that I’ve had many a decent kayak voyage on.

The show features a weasel with a serious biscuit problem! What’s your favourite biscuit?

Mole & gecko: The Show! comes to Z-arts on Saturday 8 June at 11am. Tickets start at £6 and are available here.