Five minutes with Toby Hulse, Director of One Small Step 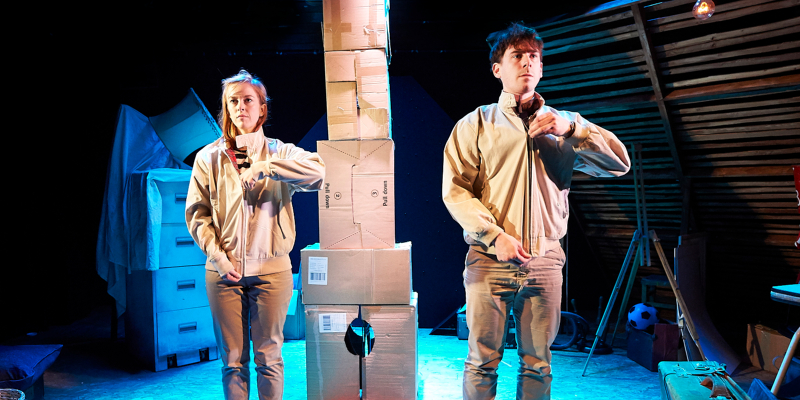 This June, we’re blasting off into Space with One Small Step, and we wanted to know more about the people who created this inventive show! Toby Hulse, Director of One Small Step took five minutes to tell us about his favourite part of the show, touring to 22 countries and winning ‘best prop’ at the Edinburgh Festival…

Hi Toby, what’s been the most exciting part about working on One Small Step?

The original production went down a storm in Oxford and at the Edinburgh Fringe; toured the UK; and was then toured by the British Council across the world, visiting 22 different countries.  It is a show that we have always been so proud of, and one that we love, and it is a real honour and a treat to be remaking it again on the eve of the fiftieth anniversary of the first Moon landing.  .

Have you got a favourite bit of the show that we can look out for? (Without giving any spoilers!)

It is in no way a spoiler to say that my favourite bit of the show is the first footstep on the Moon!  It moves me to tears  – tears of excitement, pride and laughter – it is a great moment of theatre, and also completely ridiculous.

Did you learn anything new whilst working on the show?

Directing the show ten years ago was a crash course in Space history.  I learned so much.  In many ways the first Moon landing is the supreme human achievement, seemingly impossible, and only realisable by the collaborative efforts and imaginative powers of thousands of people.  It demonstrates what we can achieve if we dare to dream.

Lots of children dream of being an astronaut; what did you dream to be when you were young?

I dreamed of being a sailor, specifically in Nelson’s navy at the time of the Napoleonic Wars.  When I realised that this was actually impossible, I wanted to work in theatre.  So dreams can come true.  Just not ones that defy the laws of physics…

Why should people come to see One Small Step?

To learn about one of the most important moments in human history. To celebrate the extraordinary things that we can do when we work together. To laugh at how ridiculous is to ask two actors to tell this story with only a pile of 1960s junk.

Do you have a favourite prop or costume in the show?

The original production won an award at Edinburgh for ‘Best Prop’ for a brown and orange vacuum flask.  I won’t reveal how we use it, and what for, but it is still my favourite prop in the show!

You can find out why this flask is award-winning and experience two amazing actors transporting you into Space when One Small Step comes to Z-arts on Saturday 2 June! Find out more >>