Family matters: we can’t afford to lose a generation of theatregoers 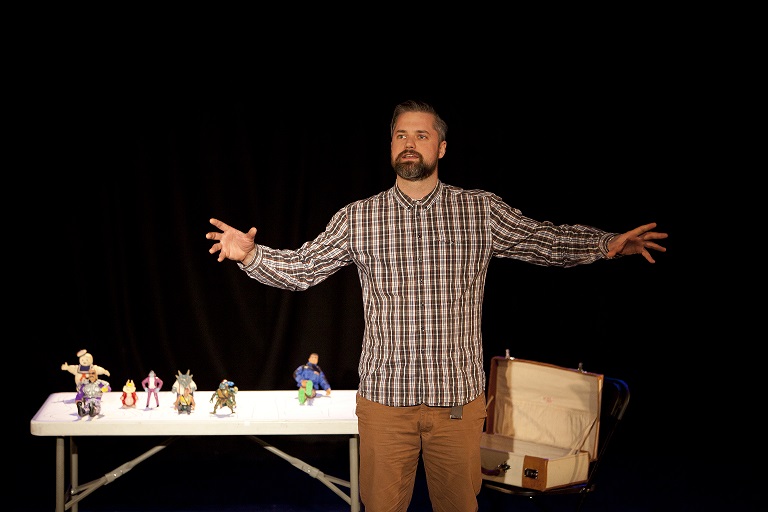 The make-up of families is changing and theatre-producers need to ensure that what they create reflects this new reality.

Thinking of the British family solely as the traditional combination of a married man and woman and their two children is as out of touch as assuming that all British family theatre productions must involve seven dwarves and two ugly sisters. To think of every child’s theatre experience as pantomime would rile many theatre producers, so why can’t we rid ourselves of unhelpful assumptions when considering family audiences?

The very nature of family in the UK continues to change: women are more in control of whether they become mothers, fitting such decisions around careers; more men are staying at home with the kids; children find themselves living with grandparents or with older siblings taking a lead parental role. Same sex couples now marry and have families. None of these scenarios are difficult to imagine, but how many theatre-makers think as radically as the social changes taking place around them?

Evidence suggests that theatre is in real danger of losing a generation if it doesn’t keep pace with changes in family life. Arts Council England’s (ACE) Taking Part survey stated that, between 2010 and 2013, the proportion of primary school pupils taking part in theatre and dance participation fell from 49% to 33%. The decline was greatest among children from ethnic minority backgrounds and reflects a worrying trend, evidence of which can be observed among most theatre audiences. While other factors are undoubtedly an influence, ignorance of new family models in our engagement, research, writing and production can only undermine the relevance of theatre in their lives.

Family Matters is a project led by my organisation, Z-arts, based in Manchester. The project has engaged with writers whose family backgrounds sit outside the traditional nuclear model, asking them to combine personal experience with their artistic gift. Among the contributors are a six-year-old boy and his gay, single mother, and a professional and Muslim male whose homosexuality remains an elephant in the room. This is the intended first step towards a meaningful dialogue – a movement even – to help us better represent audiences.

Poet Louise Wallwein has written about meeting her birth mother three decades after being given up for adoption. Involvement in the arts has afforded her the freedom to work as an accepted “outsider” who values honesty above all else. “My work is, for me, the stories I need to tell and to keep an audience engaged,” she says. “I think audiences respect the truth and they love good, honest storytelling much more than either being preached at or being patronised. It’s time for us artists to be asking the right questions, where perhaps there are scary answers to uncomfortable truths.”

Children’s literature can be seen to take more risks than theatre, a prime example being author Jacqueline Wilson and her famous character Tracy Beaker, who lives in “the dumping ground” care home as a result of parental neglect. Wilson’s books sell in their tens of millions, so the appetite and audience is quite clearly there. Theatre can afford to be as brave.

Of course, not all theatre for families misses the mark, evidenced by the runaway success of National Theatre’s Warhorse. It pulls no punches in laying bare the gut-wrenching futility of war, yet utilises the theatre-makers’ artistic gifts to create a smash hit. Can the same ever be done for a production featuring a gay, mixed-race couple and their children?

Half Moon Theatre responds to community need in London’s Tower Hamlets borough. “We’re not talking about retelling stories, but theatre needs to be a reflection of people’s lives,” says Chris Elwell, company director and CEO. “One of our pieces, Baa Moo Yellow Dog, was about a boy in a tower block, which was colourful and fun like other children’s shows, but the feedback told us it was such a success because it was a world the audience recognised.”

Theatre for families needs to tell stories that have relevance and appeal to all generations; it needs to inspire, excite and challenge. But most of all, it needs people to leave a performance thinking: “great, that was for me!” The challenge to present work that is affordable, but of a high enough quality to gain audiences’ trust and tells stories that relate to them, is going to be really hard work. Do we have the stomach for it, or are we really content to lose a generation?

This article was written by Liz O’Neill, chief executive of Z-arts, and first published in The Guardian on 1 November 2014.