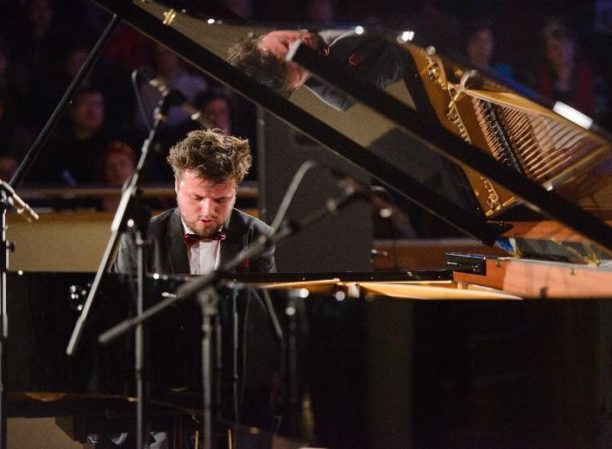 The 23-year old pianist Botond Szöcs got noticed in the music world thanks to his unmistakable energetic temperament boosted by intense artistic feelings and expressed by a persuasive power of interpretation. Student at the Faculty of Music – Transilvania University of Brasov, under the guidance of professor Stela Dragulin, a great name of Romanian and worldwide piano school, Botond has participated at numerous national and international competitions winning ten first prizes, including First Prize and the Festival’s Trophy at the National Contest Victor Giuleanu (2012) and Remember Enescu Prize, awarded by George Enescu Foundation. These prizes were followed in 2017 by The Jury’s Special and Excellence Prizes at the Art Estival Brasov Contest – 7th Edition, as well as the American – Romanian Academy for Arts and Sciences Music Award for Excellence -The Best Concert Performer as a Soloist, Member of a Chamber Music Ensemble and Accompanist.

Notable moments in Botond’s pianistic ascension are also the appearances with recital programs both in Romania and abroad, among which we mention tours from Great Britain, Italy, Hungary, Germany, Montenegro, Republic of Moldova to Vietnam and China.