We’re really proud of our Band of Boroughs project 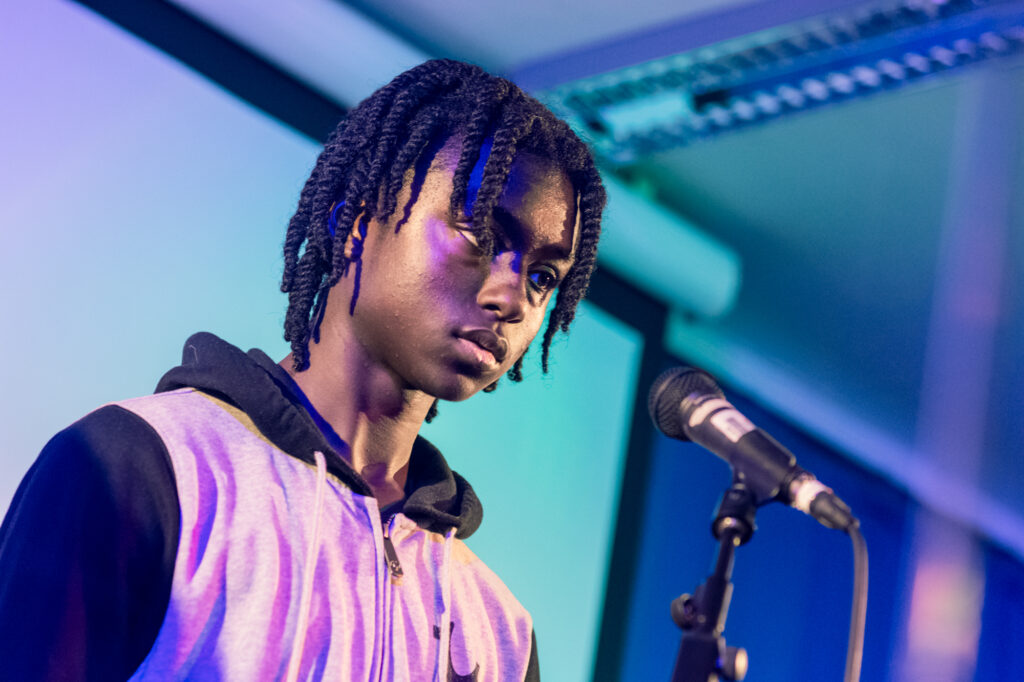 We’re really proud of our Band of Boroughs project which took place in 5 different Boroughs across #GreaterManchester! The aim of the project was to raise the aspirations of young people and teach them new music skills, allowing them to showcase their work with a big performance in front of family, friends, and press in December 2021!

Laurie told us about his experience throughout the 12-week project… and we think it’s definitely worth a read.

‘Over the past couple of years, I have been spending a lot of time at home, due to Covid 19, and in Year 6 I got an electric guitar but never really played it that much. I listened to a lot of music (mainly indie and rock), but nothing encouraged me to play so I didn’t. I was starting to lose interest in the playing aspect of music and hadn’t picked up my guitar in months. I suppose everyone has found living through the pandemic difficult and looking back now I really missed opportunities to be creative and socialise with others.

One day mum found an advertisement online about a music group where there would be one session a week, and with some convincing, I agreed to try it out. When I got there I was immediately greeted by two kind facilitators who set my guitar up with an amp. Over a couple weeks, I had gained a love for playing guitar that I never had, and eventually, everyone from Band of Boroughs joined together to create one song.

The song we created was based on the chords that I had made with my guitar; I was thrilled! To have this many people working together over a base set by me was astounding. It really boosted my confidence and made me see things a little differently.

Now, I play guitar every day at home and also know how to play the bass guitar! I’ve also realised that most of the songs I was listening to during the lockdown before Band of Boroughs, I can now play on either guitar or bass. And I would have not been in this situation if not for the incredible team at Z-arts.

In the future, I hope to continue exploring music opportunities, especially with other people. Thank you, Z-Arts!’ – Laurie, Band of Boroughs participant.

We love it!! A huge thank you to BIMM, Boys and Girls Club of Greater Manchester, and to EVERYONE involved in this fantastic project towards the end of last year, such as Hide Out Youth Zone, Salford Lads’ Club, Phoenix Youth and Community Centre & Oldham Boxing and Personal Development Centre.