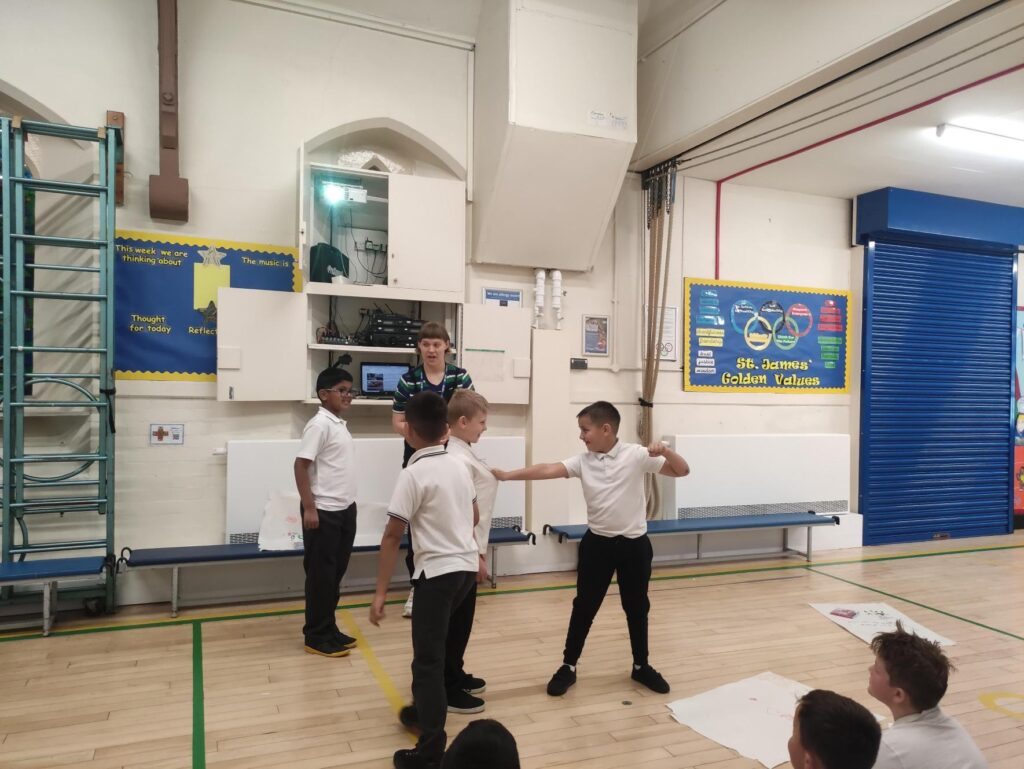 In June, two of our facilitators Rowan and Tabitha worked with children years 3-6 from St James Primary School, Rosehill Primary School and Our Lady Mount Carmel to deliver an assembly and interactive workshops on Anti-Bullying. Z-arts worked in partnership with ‘Save the Children’ to offer these workshops to schools in Ashton after they expressed a need to address this topic. By the end of the workshop, the young people became ‘Anti-Bullying Champions’.

In the assembly, the children explored what bullying means, how to recognise it, what the different roles were in bullying and how to stop it. They took part in a quiz which asked them to give their opinions on different scenarios and discuss as a group. At the end of the assembly, the young people took part in an exercise looking at forum theatre. A scene played out where bullying took place and the young people had to stop what was happening and change the outcome.

Above: Young People from St James Primary School taking part in a game of Buzzy Bees!

In the workshop, the young people explored emotions. What are emotions and why is it sometimes difficult to recognise how someone is feeling? After a break, the young people were tasked with creating their own scenes where bullying takes place. The rest of the class then had to watch it back and change the course of action. The young people were enthusiastic and created art work, songs, dances and scenes. They were respectful of each other’s opinions and were very brave performing in front of each other.

The young people were open to discussing the topic and even shared their own experiences.