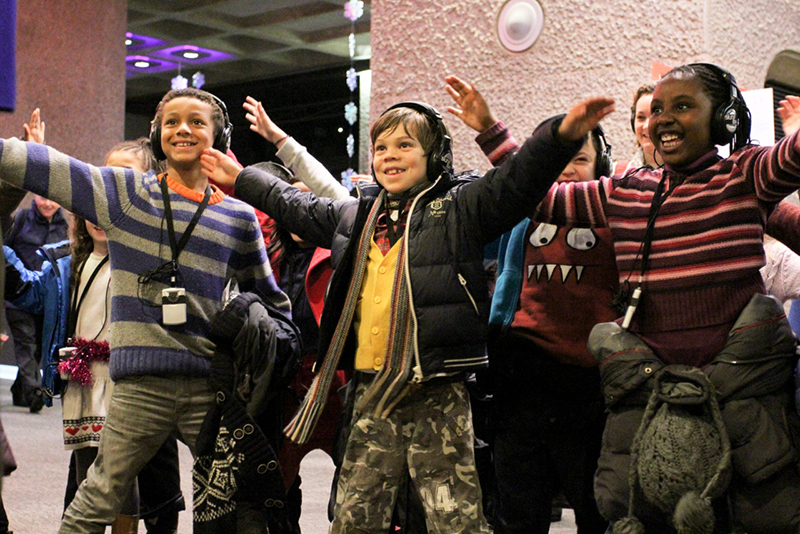 In Autumn 2014 Z-arts launched their biggest season to date with children’s theatre, a family festival and a whole load of creative participatory activities.

The season launched in Hulme Park with The Wind and the Sun. Z-arts invited children and families to this free performance of bright colours, spectacular acrobatics and physical theatre. Each month Z-arts host a world class children’s theatre show and in October take part in the second annual national Family Arts Festival.

Z-arts hosted four shows as part of the Family Arts Festival starting with Pirate & Parrot and finishing with a family-friendly concert Letters Through Your Door by BBC Folk Award nominee David Gibb. During the festival there will be free arts activities for children and families from the fantastic team behind the Mix It Up art club.

Also as part of the festival Z-arts presented Family Matters, a series of 5 monologues reflecting the diverse complexities of modern family life. Directed by Susan Roberts,(Black Roses: The Killing of Sophie Lancaster) the performance marked the start of an exploration into how theatre can be more relevant and appealing to modern family audiences and was the beginning of a partnership with the Paul Hamlyn Foundation.

Other season highlights included The Freedom of Freewill, a stunning mixture of adrenaline-fueled movement, digital projection and beautifully structured soundscapes directed by Ryan Hartson, a familiar face to Z-arts’ audiences who last saw him as Pinocchio in Benji Reid’s acclaimed 2012 show. In October Z-arts welcomed local band/theatre company Geddes Loom. In the gallery Veil invited audiences to share the inner most reflections of British Muslim women in a digitally manipulated world.