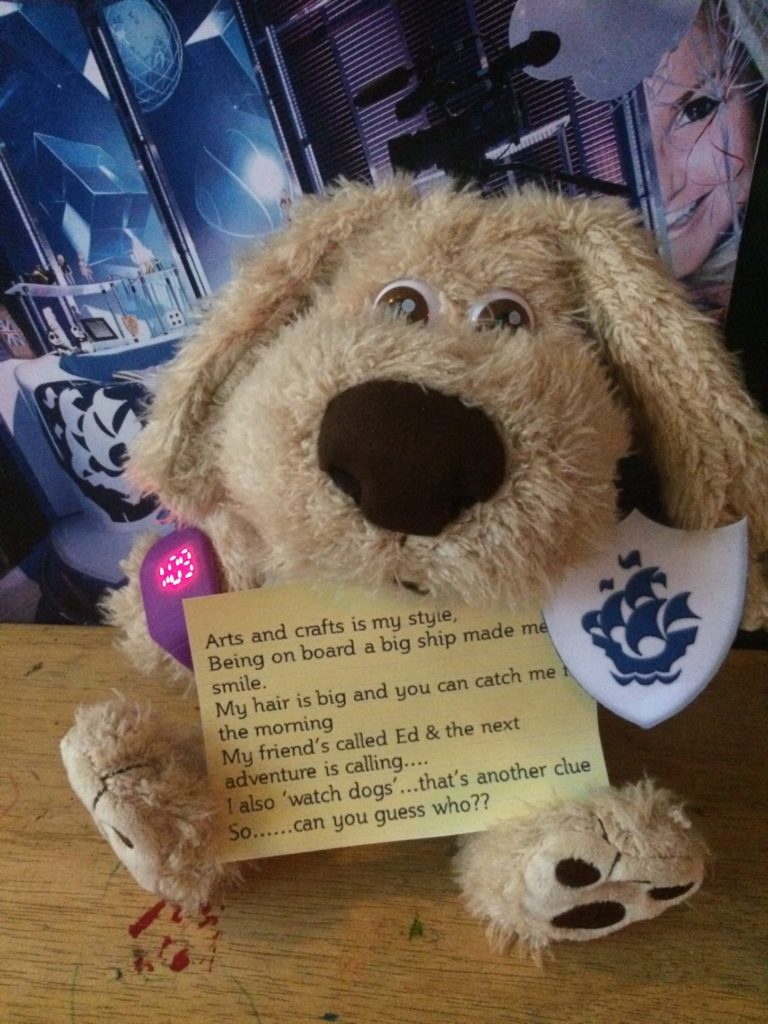 This month’s Celebrity Bear Hunt owner has been revealed as Michelle Ackerley, ex-Blue Peter presenter, Watchdog and This Morning host.

After successfully launching in May, the campaign’s celebrity bear owners so far have included Mr Bloom AKA Ben Faulks, David Platt AKA Jack P Shepherd and last month – Michelle Ackerley,

Every month until September a new bear is announced and the winners guessed at random who receive an exclusive prize package including the celebrity bear, tickets for her and her family to come to the launch of Bear Hunt, Chocolate Cake & Bad Things on the 14thSeptember 2016 at Z-arts, where they may even be able to meet Michael Rosen himself!